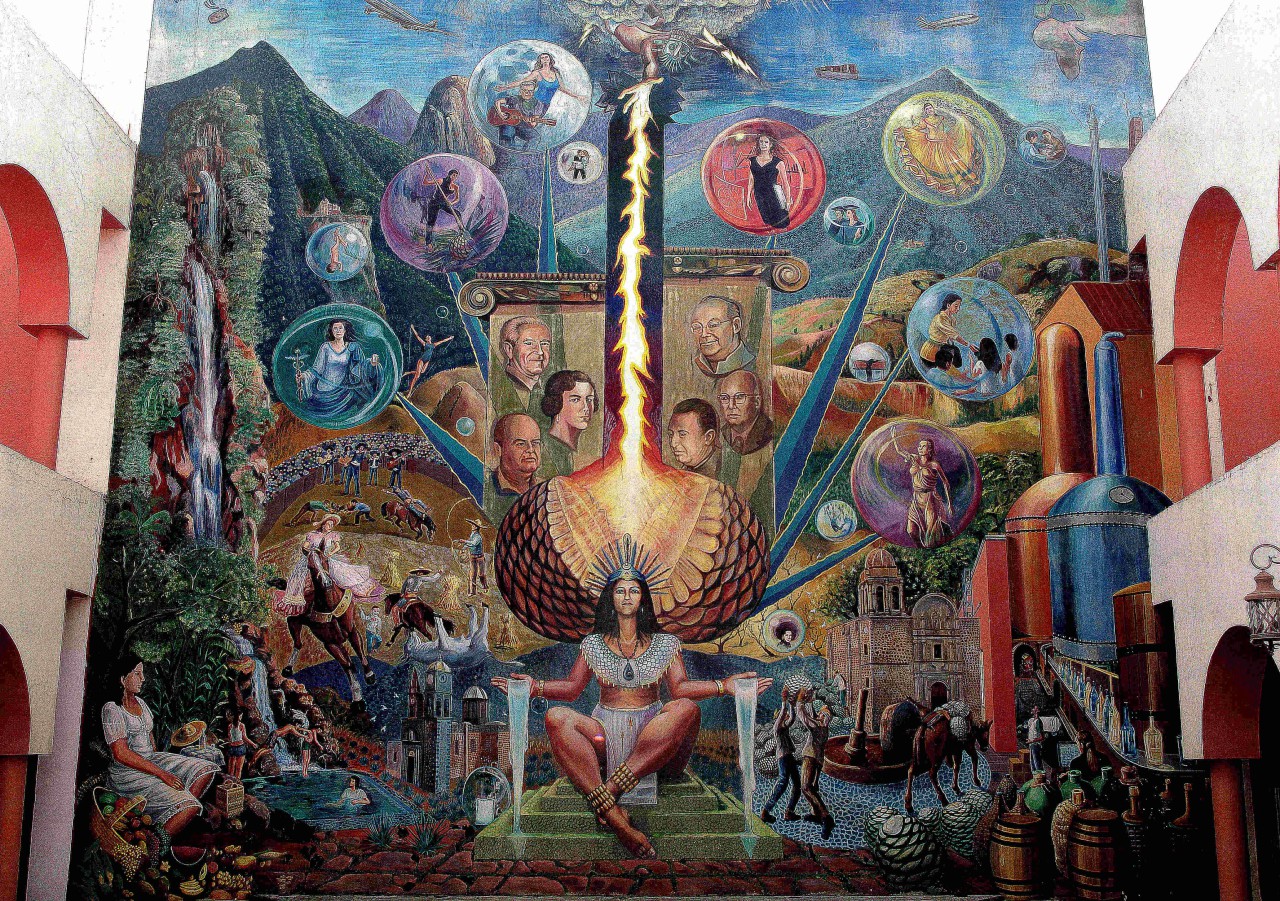 The goddess Mayahuel belonged among the Aztecs, not necessarily to the great gods like Quetzalcoatl, the "gefiederte snake", god of wind and sky. Or how Huitzilopochtli, the "Hummingbird of the South", war and sun god. Or Tlaloc, "leaves sprouting things" the God of rain. Mayahuel was just the goddess of agave and pulque, a goddess of many. But one with a very specific task. For in their area of ​​responsibility was the "wine of the gods".

The Agave played a significant role in the nations of Central America. In addition to the possibility of producing fibers from their ropes, you could win in their hearts a fermented juice, the pulque. This was just a few reserved. The priest drank it before they made their prophecies. Privileged human sacrifices were allowed to drink before they sacrifice it. And once a year were allowed on the day of Mayahuel all costs thereof that could afford it.

Mayahuel from Berlin brings you closer to the goddess. In which it brings you closer to what is Mayahuel: pulque, mezcal and tequila. Mayahuel from Berlin gives you the opportunity to get to know when tasting the different varieties Mezcal Tequila or next to other aspects of Mexican culture. Experience with Mayahuel the prehispanic cuisine. We would love to come to you to conjure with you in your kitchen tacos, flautas, tamales and other Mexican dishes.